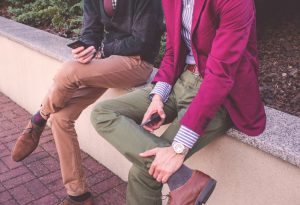 In the wake of the historic same sex marriage ruling from the Supreme Court in Obergefell v Hodges, it seemed it would take forever for Alabama to accept it as the law of the land. The marriage part is still up in the air, with probate judges in a handful of states reenacting the closing of municipal swimming pools in the 50s. Probate judges in several counties (including Elmore County where I reside) are avoiding issuing marriage licenses to gay couples by simply folding their arms and refusing to issue marriage licenses to anyone.

As a boy growing up in segregated Montgomery, I know from personal experience how frustrated and angry white children and black children alike felt about the blunderbuss impact of closing municipal swimming pools just so black children couldn’t swim in them. I can only imagine how silly it seems to most young straight couples (who tend to be much more open minded about homosexuality than us old people) that the judge in their county is so homophobic that he’s willing to deny them a marriage license in the county where they live just so he doesn’t have to do anything nice for gay people.

But I digress. This is not about gay marriage. It’s about gay divorce, and here the news seems to be both simpler and better. I am not now aware of any Alabama county where judges are resisting granting divorce decrees to gay litigants.

In my world of cooperative divorce, I have obtained divorces for both lesbian couples and homosexual male couples. There is a tiny wrinkle, namely that the state’s electronic filing system isn’t yet upgraded to accept the input of two males or two females as spouses. We’re working around that little glitch, though, and the process of obtaining a divorce for gay couples seems to be flowing smoothly.

After scratching my head about it for awhile, I’ve decided to charge the very same flat rates to gay couples for a cooperative divorce that I do to straight couples. There are a couple of extra steps required, but not enough to justify charging more. Besides, we make life hard enough for gay couples as it is without my levying a divorce surcharge on them.